28:30 Deborah Tavares: It’s diabolical what’s happened there and everyone needs to understand that we are under massive attack and I will tell you that the Climate Action and the Resilience Plans tell us and I read: “Hundreds of these plans throughout the Earth tell us that the rest of the United States is going to be subjected to fires too because of the increased temperatures”.

35:30 Deborah Tavares: I would like to recommend a movie that everybody watch, something that I watched a number of years back, it’s called "The Road". And what that demonstrates are fires everywhere. And the Climate Action Plans and Resilient Plans that I’ve read because of the heating up and the use of microwaves and the intentional cooking of all of us everywhere. They are telling us there will be fires in every state even where fires were not typical aspect of what they faced. And this is what they’re saying. And if you watch “The Road” - it’s a very interesting illustration of fires burning everywhere...

37:30 I want to say that everything or almost everything we are talking about is just the result of human compromise. If you look at how these programs have been initiated here in the United States and other countries as well – it’s people in your local government agencies and every department that initiated Union policies of absolute, complete destruction.

Dirk Bredemeier
Why should i believe her?

Valery Salov
If you don't believe Deborah you should believe these two fire captains:

Dirk Bredemeier
How can you tell that the two interviewed males are really "fire captains"? And if so, what did they investigate? The Video is a bunch of cutted scenes without any source given. How can you tell that it was not made by people who just want to make money with all that conspirancy stuff, like Alex Jones for example?!

I mean I could easily give you one or two hints about a conspirancy around the USSR-Championship in 1988 that sounds fine, but is complete rubbish: That year 1988 the K and K both were declared winners. But why 1988? Do you know the Nazi-Code "88"? It means the 8. letter of the alphabet, so it means H H. That is a short form for a Nazi-Greeting. So were K and K Nazis? Because probably they did in on purpose exactly in 1988 didn´t they?
See you soon.

Valery Salov
Happy New Year, Dirk! By your remarks and questions you reveal a very limited understanding of the socio-political realities. You ask me: "So were K and K Nazis?" - My answer is: THEY ARE NAZIS. Both of them believe in the existence of the so called "chosen jewish nation" and they do their utmost to maintain the same false and racist belief in other people. And this is the most dangerous and extreme form of Nazism by definition.

Dirk Bredemeier
So you really believe my joke that they fixed the championship in 88 because they used that Number as the Nazi Code for "heil Hitler" HH? And Do you think they are Nazis in the Sense of the german followers of Adolf Hitler Who despise the jews?
And what exactly Makes you believe that karpov believes in a "chosen jewish nation "? As far as i know He is an Atheist and communist.
And what Do K and K to to make other People share their "racist believe "? Can you give me an original Source to that where they speak or write about this believe?
Greetings

Valery Salov
Once again my warmest greetings to you, dear Dirk, in the New Year 2019! As regards your affirmations and questions, please, let me clarify a few important points for you.
“HH” or “88” is a well known Nazi symbolism, you havn’t invented it. 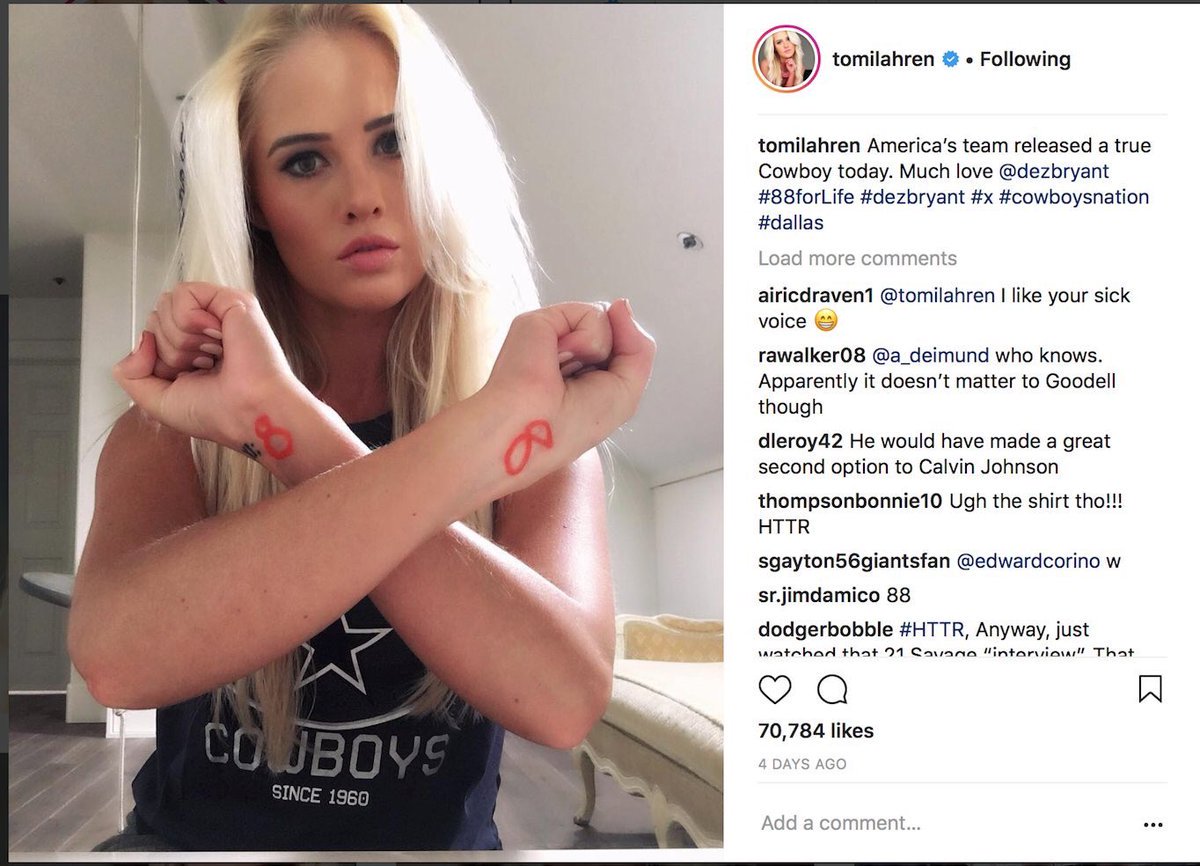 However, it has nothing to do with the USSR championship of 1988 because it was the babylonian year 5748 for the satanists KKK. So you should rather seek for “48” or “748” symbolism in relation to this championship, if there were any.

Are Kippur and Kapparos followers of Adolf Hitler “who despised the jews”? Both of them not only “despise the jews” but are very much afraid of them. Both of them are fake, counterfeit “jews” themselves – exactly like herr Hitler was and that means belonging to the synagogue of satan and being professional haters of the true historical Jews, nowadays non-existing anymore. They are all morbid haters of the extinct Jewish people and of the present day true Christians.

Obviously you are not acquainted with my humble scientific research whereby I have demonstrated the origins of the political monicker/pseudonym “Hitler” – which has a lot to do with kabbalah and chess. 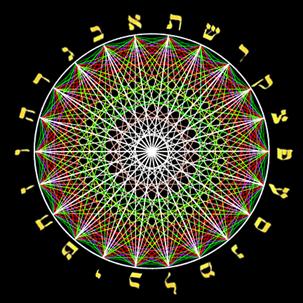 Perhaps you also ignore the fact that Adolf Hitler was a passionate chessplayer himself, the same as his famous lawyer Obergruppenführer SS Hans Frank - Gauleiter of the occupied Poland, Nazi criminal and a close personal buddy of both Alekhin-Elokhim and Efim B-golyubov.

The worldviews of Kirsan, Kippur, Kapparos and Hitler are practically identical in their slightest and finest ramifications. It’s even surprising how (apparently) adult human beings can be so much alike, thoughtless, supine and easily malleable to accept the same absurd propaganda and messianic dogmata.

Kippur, Kapparos and Hitler are/were financed by the same Wall Street of New York/City of London bankers. They were the devouted disciples of the same guru – Menachem Mendel Schneerson. 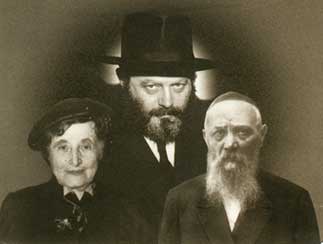 So, as hopefully you can now see, we are talking about political Siamese twins inseparable one (“Hitler”) from the others (Kirsan, Kippur and Kapparos). This is why, when “perestroika” came, the last three (KKK) had so easily changed their “ideological views” from communo-fascism to fascio-communism.

Are Aaron Evgenyevich Kippur (“Karpov”), Gary Kimovich Kapparos (“Kasparov”) and Kirsan Illuminated (“Illyumzhinov”) atheists and communists? Sure they are and even more than that. All of them were members of the USSR Communist Party, members of the communist nomenclature of the USSR and all of them preserved their privileged position in the present fascio-communist “RF” (the so-called “Russia”). And in real life that means being more than “atheists and communists”, that means being babylonian satanists and adepts of the Babylonian Talmud. In practice that means being vehement Nazis and ultra-fascists, i.e., firm believers in the racist babylonian dogma of the “chosen jewish nation”. 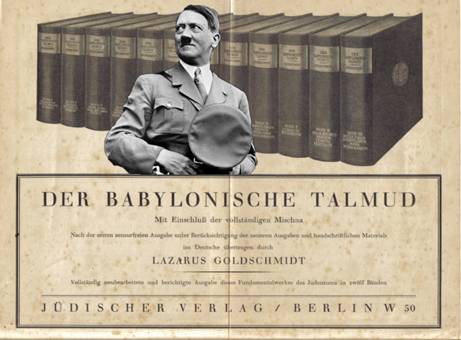 But let me suggest that you first study a few artices of mine dedicated to debunking the “Hitler” myth that are published on the WPC forum “Shekina”:

Dirk Bredemeier
Dear Valery. I do Not speak russian so i cannot use the link. I am afraid i dont see any point in your explanations or do not understand a word. It seems like an absurd theory to me that has nothing in commen with facts. Just one question: why did i Personally never saw any "racist believe" by one of the k karpov or kasparov? You wrote they try to convince other people. I never read Anything from them. And both could Talk to westeners like me in English. Do you got any quote From them concerning their "racism "? 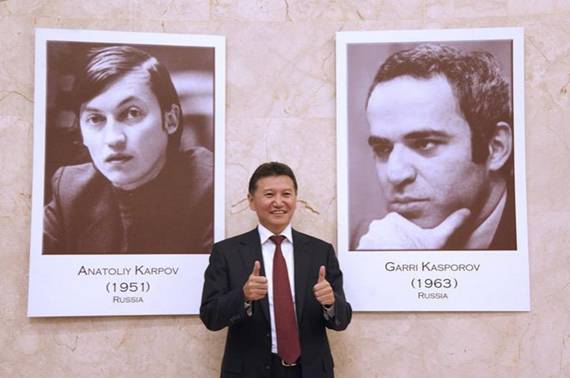 Valery Salov
I see, dear Dirk, – obviously, you have a very limited knowledge and discernment, inclined to a very distorted perception of reality and perhaps do not possess a very high aptitude for learning. Therefore it was only too easy for you falling victim to talmudic propaganda. But let me ask you something: are you at least aware of the fact that Kirsan Illuminated was a Communist Party member, that Aaron Kippur (“Karpov”) was a Communist Party member and Gary Kapparos (“Kasparov”) was a Communist Party member? In other words, are you aware of the fact that they are all members of the same political party, believers in one and the same set of dogmata, adherents to the identic messianic doctrine? Or this is also a big news for you? It doesn’t make sense to discuss more abstract and complicated topics with you unless you are aware of the basic facts. 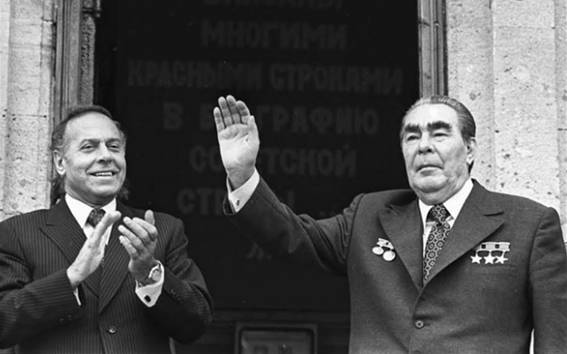 Dirk Bredemeier
Dear Valery, yes i knew that Karpov, Kasparov and Kirsan Illumshinow were members of the Communist Party in the USSR. Not a big deal and not a big news. In 1987 the Party had 19 Million members, according to Wikepedia. Kasparov was head of some youth organisation (Konsomolz?). Every important politician or even sportsman at the top had to be a member of the party to travel abroad and so on. It does not prove anything of your thesis: In the party there were many fractions like stalinists, liberals, state-monopolists and so on.

Besides, you are not answering my questions but stick to your own "big knowledge" and try to tell me that it is no use to explain any concrete facts to me. Not very convincing.

I could give you some quotes from Karpov from 1995 (interview at the "Dortmunder Schachtage" 1995) talking very badly about Kasparov, to put your above given quote to the test. But i am afraid it does not make sense.

To your jugdement, i may "not possess a very high aptitude for learning": I got a high degree in law studies in Germany. I also made some progress in my amateur chess knowledge. You may google as you like.

Hope you are doing well.

Valery Salov
I’m sorry to say this, dear Dirk, but obviosly you understand next to nothing about the political system of the USSR. This is not surprising however as you have no direct experience of living there and can’t even read Russian which means that you lack first-hand information about the country and her history.

It’s sheer nonsense what you are saying: “even sportsman at the top had to be a member of the party to travel abroad and so on”. Suffice it to say that Kapparos was the ONLY player of his generation to enroll in the Communist Party. Everyone was shocked by his opportunism and lack of integrity. And he was by far the most privileged young player of the generation, the most favored by the Komsomol (member of the Central Committee of Azerbaijani branch), by the Party and the KGB (protégé of Heydar Aliyev) since most tender age. 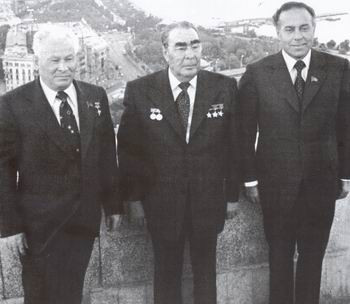 And, please, take note that the Communist Party was increasingly unpopular in those years, so it's difficult to fathom the depths of ignominy that could push a young, highly favored by the KGB, lavishly financed, freely traveling abroad 20-year old grandmaster to enter by his own will this den of messianic talmudic vipers.  This fact in itself reveals a degree of moral decay far beyond average. 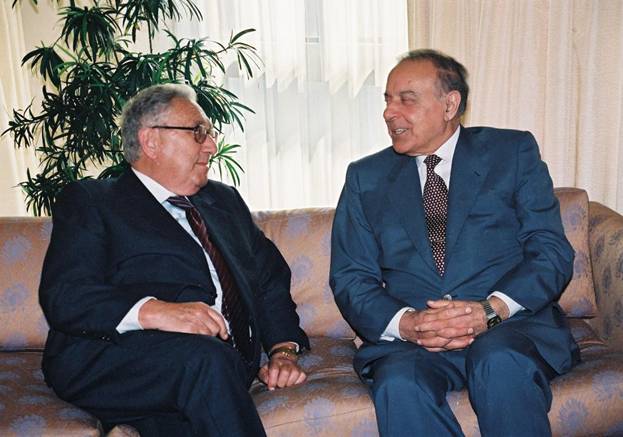 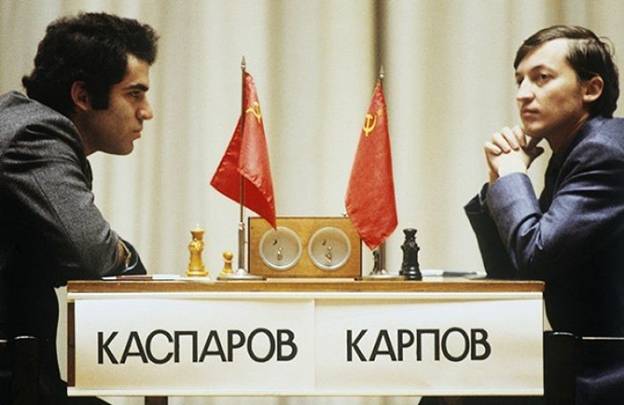 So, let's see, my dear friend: you possess a very limited knowledge of chess, you ignore completely the nature of communism, lack understanding of modern history..., you must have also completely misapprehended the racist character of the Babylonian Talmud?

Please, tell me that i'm mistaken on this point and you've got at least some inkling of the ultra-fascist, misanthropic character of the talmud. You, "German lawyers", must have an intuitive grasp and natural inclination for fascism, don't you?

Do you understand that the Babylonian Gemarah is vehemently racist and immoral – let's say about one thousand times more misanthropic and socially unacceptable than hitlerism?

Dirk Bredemeier
Dear Valery, i am sorry to say that but you get unfriendly and insulting. You do not answer my questions and do not give any facts. Instead you stick to your great conspirancy story. This is pointless.

Valery Salov
I’m very sorry again, dear Dirk, but you’ve got no reason to get offended. It is you who started this conversation in a highly arrogant tone and besides muttering some absurd conspiracy theories – suggesting that Deborah Tavares, Alex Jones, two fire captains and in fact all the rest of the California holocaust survivors have conspired against you to make you believe that California is being burnt down in perfect accordance with the bolshevik (baal-shem-ik) talmudic Agenda-21 program of "sustainable development". Which is a bare and obvious fact for any intelligent observer. You have to blame yourself for the response you’ve got. You should be more polite and less conspiracy-biased next time.